I didn’t realize how much I liked Matchbox Twenty until the end of their concert last night at the Qwest Center, when my throat was sore from singing and screaming and my legs ached from dancing at my seat. I surprised myself by knowing words to songs I haven’t been played on the radio since 1998. (I actually remember when and where I heard their first single, “Push”: Boston University’s summer program, ITRP, 1997.) Except for a brief acoustic set in the middle of the two-hour show, the band oozed energy and excitement, and I happily soaked it all in. Oh, the nostalgia.

Alanis Morissette opened and gave a pretty decent performance. J is a huge fan (who knew?) and recognized nearly every song. I could only recall 4 or 5, the singles that were popular when I was in high school. I actually found her singing voice to be a little hard to understand, but I think that was because her microphone level was off. She also did some strange dance movements, twirling in place and whipping her long, long hair around in circles, and J and I wondered if maybe she was on drugs, though I don’t really think that was case.

It feels funny to admit that a Matchbox Twenty concert ranks up there with some of the better concerts I’ve seen over the past couple of years, but it’s the truth. Well done, Rob Thomas and crew. A couple of weeks ago I started a new job at an advertising/marketing/public relations agency. I’ve gone back to my PR roots, and I’m quickly learning that public relations at an agency is quite different than book publicity at a publishing company.

I’m also back in a cubicle. A large, grey cubicle that I’ve decided I will decorate in shades of yellow and white, with some black, orange, blue and green thrown in for good measure. According to this Fortune article, I’d better make sure that when I decorate, no more than one in five objects in my cubicle are non-work-related or it may have a negative affect on my professional image.

At the moment I have three small pieces of art waiting to be hung and a calendar on display. By coincidence, three of these four objects feature images of birds. One more anything with a bird on it and I’m officially “the bird lady.” Thankfully, the picture on the March/April page on my calendar is of flowers. 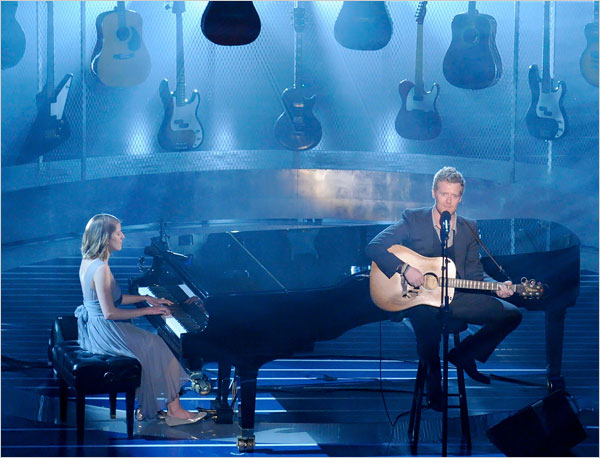 I’m kicking myself for not having seen Once yet. Friends have fallen in love with it. The song won the Oscar last night, and the real-life couple who star in the low-budget film are just so freaking adorable I can almost look past the slightly creepy age difference. 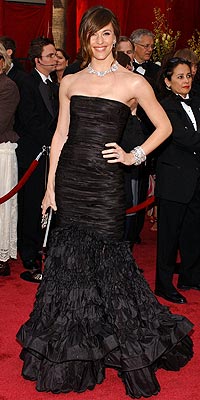 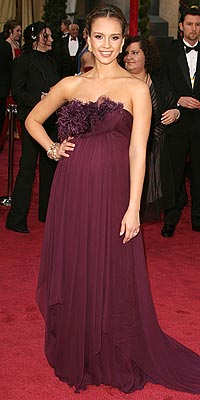 Jessica Alba: love the color, not the feathers 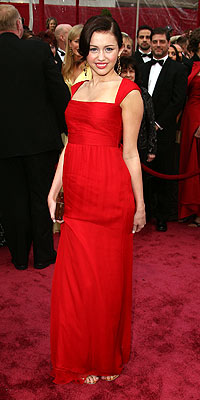 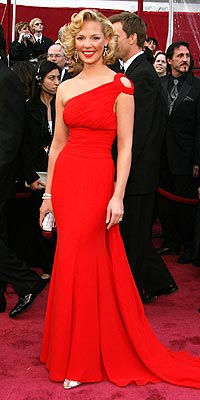 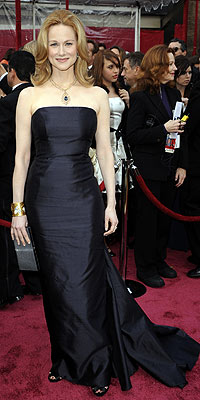 (all images via people.com)

Tilda Swinton: I understand that you didn’t think you’d win, but there is a 1 in 5 chance that you might, you groom yourself. No makeup with that crazy orange hair? Freaky! And I won’t even start on the potato sack, erm, dress. 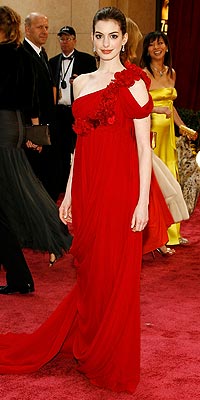 Anne Hathaway: too bold a color with such pale skin (and I should know) and unfortunate flowered trim 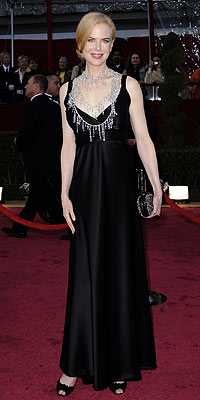 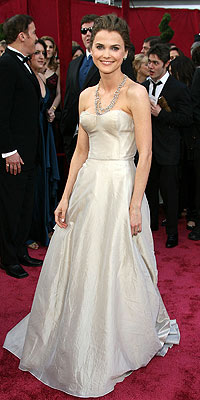 Keri Russell: No, you are not pregnant, but you still need a snack. And better posture.

Daniel Day-Lewis and Rebecca Miller: A black and brown tux? C’mon, Daniel. And Rebecca, your outfit is just about the worst I’ve ever seen. And those shoes! You thought of everything, didn’t you?

(images via people.com and oscar.com)