I spied this mirrored stool via Absolutely Beautiful Things, and it reminded me of the geometric prints Banana Republic offered earlier this season (which are currently on sale here). For more on geometric prints for the home, check out this post on Decor8.

J’s been under the weather, so we’ve spent the past couple of days watching movies snuggled on the couch.

On day 2 we watched The Hudsucker Proxy.

The film’s been around for nearly 14 years but neither J nor I had seen it. Like so many other potential viewers, I’m sure, the odd title turned us off from it. But there wasn’t much else playing on HBO on Demand that we wanted to see, so we gave in, and now we both regret having waited so long to see it. It was very amusing, and Tim Robbins and Jennifer Jason Leigh were terrific in their roles. I was dumbstruck by how quickly JJL was able to recite her lines. See it.

On day 3 we watched Death at a Funeral.

Holy shit. This is now one of my favorite movies. I adore British humor. I was feeling a bit grumpy before we started it, but scene after scene I laughed my ass off, and by the end I was in a fabulous mood. Alan Tudyk, who played “Steve the Pirate” in Dodgeball, nearly stole the show just by his facial expressions. See it.

On day 3 I ventured out of the apartment to see The Other Boleyn Girl with LB.

I wanted to love it. At the very least, I wanted to like it. I enjoyed the novel on which the film was based (though not as much as those who recommended I read it did) and was curious to see how the filmmakers would condense 650+ pages of material into a 2 hour movie. Here’s how they did it — by leaving out all of the details that made the book interesting. The film was like the Cliffs Notes version of the novel, and I was disappointed that they skipped over major storylines. And Natalie Portman and Scarlet Johansson weren’t even convincing as sisters. Skip it.

Have you seen any good movies lately? 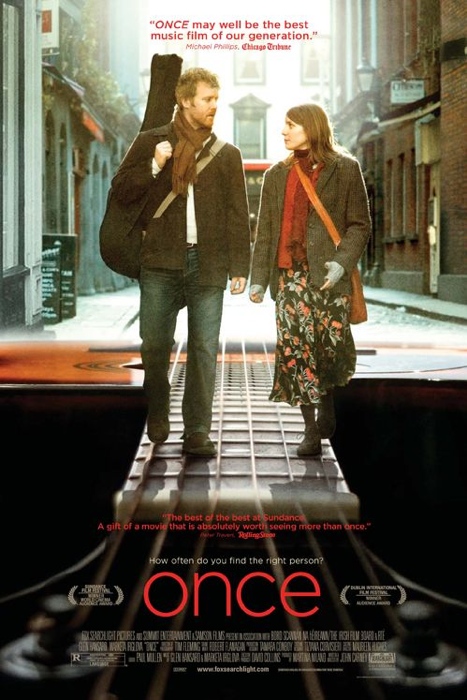 J and I finally got around to watching Once. It was such a beautiful love story without actually being a love story. It was a modern day musical that didn’t feel like a musical. It’s a grey and rainy day in Omaha. I spent half of the night sleeping on my living room floor because J had some minor surgery yesterday and at 4 AM decided he needed to relocate to the couch in order to be more comfortable. I wanted to stay near him in case he needed more painkillers or water or anything, so I camped out between the coffee table and the TV. I only had my cell phone alarm to wake me up at 6:30 AM and it was way too easy to hit snooze repeatedly for an hour — giving me just 30 minutes to shower, dress and get to work.

On my short drive I heard Matchbox Twenty’s “3 AM” – the live from the Omaha Qwest Center version (I know this because Rob Thomas opened the song with “how you doin’ Omaha?”) – and it was just the perfect song at the perfect time. Watching them perform this song at the concert was a highlight of that night, and as I drove to work I couldn’t help but smile because of it. I had never heard this live version of “3 AM” on the radio, and it made me remembered how much fun J and I had at the Matchbox Twenty concert and how excited I was when they performed that song. Hearing it again this morning felt like an omen that my day is going to be OK despite the dreary weather and my utter exhaustion.

Has anything like this ever happened to you? Are there songs that have the ability to lift your spirits? 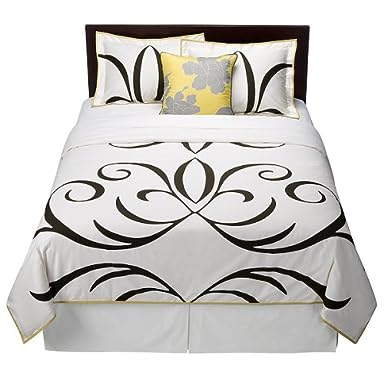 This DwellStudio for Target Baroque Bedding Collection (via Shelterrific) looks awfully similar to Dwell’s Talon duvet set, which J and I had been considering for our bedroom but ultimately decided against.

Images via Target.com and Dwellshop.com 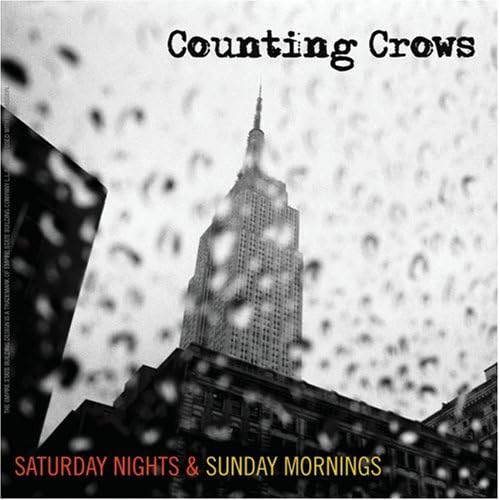 I’ve been doing a lot of thinking about why I blog. Originally, it was to keep in touch with my friends back East after I moved to Omaha. I shared with them anecdotes about how I was adjusting to my new life.

But I’ve decided I want this to be more than just a diary of my daily activities. I want this blog to be an exercise in self-discovery, a place to catalog my interests and an open forum for whatever is on my mind. So I’m going to be writing more posts on topics that interest me, including design and fashion and celebrities and pop culture, and not just posts about me. As I learn how to use my new digital SLR you can expect more photos and posts about photography too.

I hope this small tweak to my blog allows my readers, whether old friends or new, to get a better understanding of who I am. If you enjoy what you read here, please drop by often! “I’m 43, single and I sit at home a lot. That’s not what I was supposed to accomplish in being a rock star.” — Adam Duritz in Blender magazine

Oh, Adam. You were 30. I was only 15. There was no way it could have worked between us. Trust me, I was more broken up about it than you.
Photo taken by me at a Counting Crows concert in 2006.

An early birthday gift to myself. Perfect for Spring!